With the S&P 500 averaging an annual return of 14.3% during the 10-year stretch from the start of 2012 through 2021, investors were in for a rude awakening when the broad index of the 500 largest companies in the U.S. ended 2022 down 19.4%. Saying that pessimism is elevated right now is probably an accurate assessment, a situation bolstered by the expectation of a recession.

So, what’s in store for the S&P 500 as we put 2022 in the rearview mirror and look at 2023? Will it recover? Here’s what the smartest investors are thinking about today. 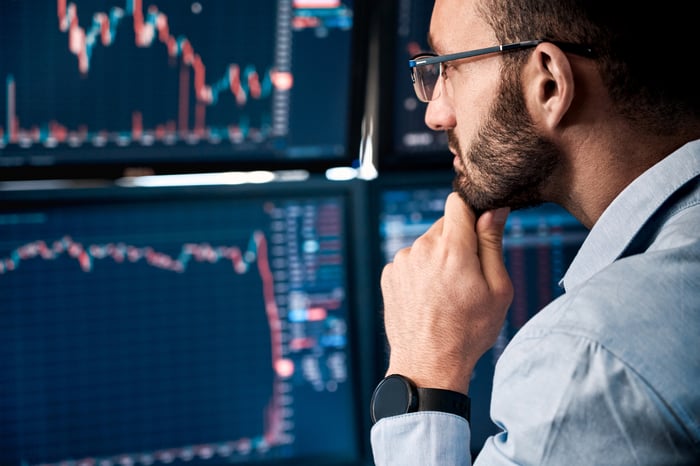 It’s all about your mindset

While it’s impossible to predict what the market will do in any given year, no matter how hard Wall Street strategists try, we can look at history to provide us with some context. For starters, posting two consecutive years of negative returns is extremely rare for the S&P 500.

The last time it happened was during the dot-com bust roughly 20 years ago. Since the Great Depression started in 1929, it has happened on four different occasions. Who knows? Maybe we are due for back-to-back down years right now.

However, investors must keep the current macroeconomic picture in mind. Inflation has been high since the middle of 2021, forcing the Federal Reserve to hike interest rates aggressively in order to suppress demand.

Although December’s Consumer Price Index rose 6.5% year over year, continuing several months of declining increases, there’s no doubt that inflation is still a huge problem for the economy. Consequently, the central bank will continue raising interest rates in 2023. This usually isn’t a good environment for stocks to bounce back.

Nonetheless, an individual investor’s mindset shouldn’t change. The focus should still be entirely on owning a diversified basket of high-quality companies that you plan to hold for at least five years. The only caveat to this investing strategy now is that you might want to exclude any businesses that don’t produce positive net income or that have sizable debt.

I say this because many growth tech stocks, for example, that perfectly fit into this category got absolutely crushed in 2022. And this was in large part due to their deteriorating financial situations. With higher borrowing costs and heightened macroeconomic uncertainty, I’d rather own businesses that have low or no debt and that generate positive free cash flow (FCF).

The thinking behind this fresh perspective is that we just don’t know what’s going to happen next in the world or with the economy. Just look at the past three years.

We had a global pandemic that brought the economic engine to a screeching halt. Then we had massive stimulus efforts, supply chain disruptions, soaring inflation, and now monetary tightening. I don’t know if anyone could have anticipated that string of events.

Accepting how unpredictable things really are directs my attention to considering financially sound companies as opposed to more-speculative names that might be putting up better growth numbers. I know I’ve been interested in a business like Roku in the past because of its potential to rapidly add accounts and increase revenue despite perennially losing money.

Now that it’s facing a dramatic slowdown and other cracks are starting to show, I might want to instead consider Netflix as my streaming play. Netflix, a company that is clearly at a more mature stage than Roku, added more subscribers in the fourth quarter than expected, and it’s projected to produce $3 billion of FCF in 2023. Their businesses are different, but Netflix could be a safer investment based on the current macroeconomic environment.

The S&P 500 may or may not recover in 2023. For long-term investors, though, it shouldn’t really be a huge concern. What you can control shouldn’t change, and that is remaining optimistic and keeping your eyes on the long term. Your portfolio will benefit tremendously, and you will be able to keep your peace of mind