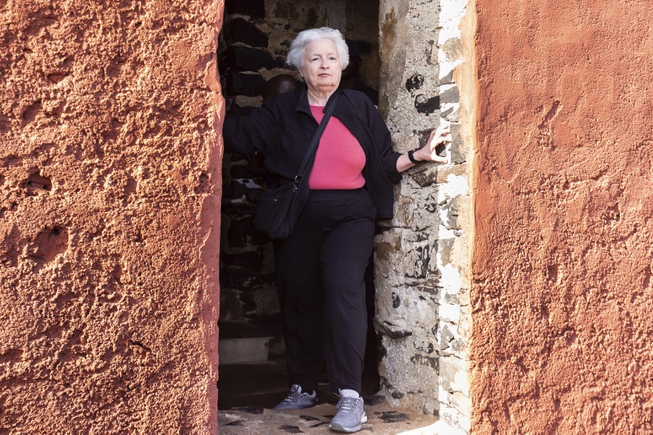 U.S. Treasury Secretary Janet Yellen stands in the “Door Of No Return” on Goree Island, Senegal, Saturday Jan. 21, 2023. The Chinese government said Tuesday, Jan. 25, 2023, that the United States should stop pressuring it on debt relief for Zambia and get its own financial house in order to avert a default and possible repercussions for the global economy.

BEIJING — The Chinese government says the United States should stop pressuring it on debt relief for Zambia and get its own financial house to avert a default and possible repercussions for the global economy.

The Chinese embassy in Zambia responded Tuesday to remarks by U.S. Treasury Secretary Janet Yellen, who said on a visit to the African nation this week that it’s crucial to address its heavy debt burden with China.

“The biggest contribution that the U.S. can make to the debt issues outside the country is to … cope with its own debt problem and stop sabotaging other sovereign countries’ active efforts to solve their debt issues,” the Chinese Embassy said in a statement.

Chinese development banks have emerged as major lenders to poorer countries around the world for natural resource, transport and power projects, though that lending has fallen sharply in the past five years, according to Boston University’s Global Development Policy Center.

In responding to Yellen, China zeroed in on the battle between Republican lawmakers and the Democratic Biden administration over raising the U.S. debt limit to allow more borrowing to keep the government running.

The embassy statement then turned to Zambia, saying that China has made some progress as co-chair of a creditors committee seeking a sustainable solution. It said China looks forward to the U.S. playing a constructive role in the process.

“Even if the U.S. one day solves its debt problem, it is not qualified to make groundless accusations against or press … other countries out of selfish interests,” the statement said.