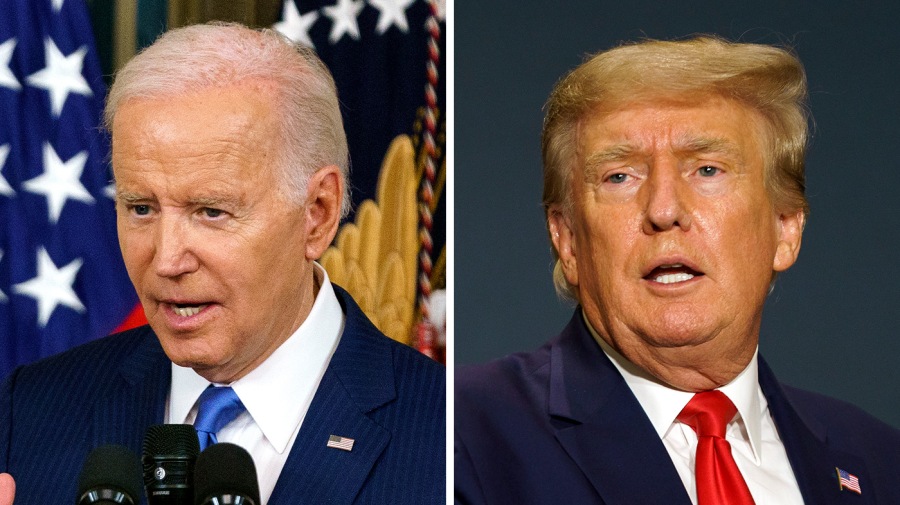 Former President Trump holds a three-point lead over President Biden in a hypothetical 2024 rematch, according to a new Emerson College poll released on Tuesday.

This represents a reversal from Emerson’s last national poll in November, that showed Biden with a four-point lead over Trump, 45 percent to 41 percent.

Despite falling behind Trump in a hypothetical match-up, Biden’s approval rating saw a five-point bump in Tuesday’s poll, increasing from 39 percent in November to 44 percent in January.

A rematch between the two former 2020 opponents appears increasingly possible, as a majority of both Democrats and Republicans said in the Emerson poll that they would support Biden and Trump as their parties’ respective nominees.

Trump is the only candidate to officially launch a 2024 bid so far, after announcing his campaign just one week after the midterm elections in November.

Biden is reportedly preparing to launch his reelection campaign in the coming weeks, multiple sources told The Hill earlier this month.

The Emerson College poll was conducted from Jan. 19-21 among 1,015 registered voters and had a margin of error of plus or minus 3 percentage points.