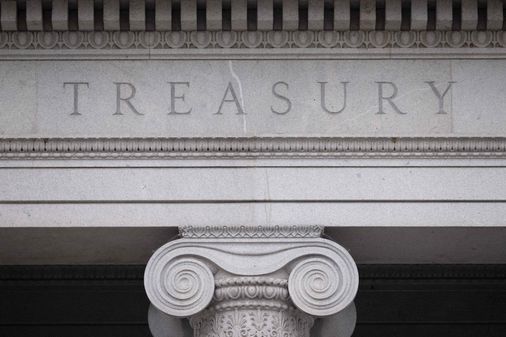 Fast forward to the 2010s and genuine deficit hawks were a rare, even endangered species in Washington despite US government debt as a share of national output reaching double its level during the Reagan years.

The reason for that apparent disconnect is that in a technical sense, higher debt levels in the 2010s seemed more sustainable than lower debt levels in the 1980s because the average interest rate Uncle Sam had to pay on that debt was lower than the nominal growth rate of the economy.

In the five years before the COVID pandemic, the US economy on average was growing by 4 percent per year, while the Treasury Department on average was paying just 2.4 percent on the government’s outstanding debt. This meant that even an annual budget deficit of 1.5 percent would still have lowered government debt as a share of the economy.

In contrast, from 1981 through 1988, though nominal economic growth was much higher at 7.7 percent, so too was the average interest rate the federal government had to pay on its debt — a whopping 10.1 percent. In 1985, when the economy grew 7.1 percent, Uncle Sam paid an average interest rate of 10.4 percent. With gaps like that between growth and interest payments, even running a budget surplus of 3 percent per year would still have resulted in government debt rising as a share of the economy.

This was in part a consequence of former Federal Reserve chairman Paul Volcker having to wring the inflation of the 1960s and 1970s out of the economy through higher interest rates — to get inflationary pressure down, borrowing costs had to rise, including for the biggest debtor in the world, the US government.

Which brings us back to today. As Federal Reserve chair Jerome Powell attempts to tame the rampant, stimulus-fueled inflation of 2021-22, he has to rely on essentially the only tool at his disposal — higher interest rates. But with the government having borrowed $30 trillion in debt, that essentially means that every 25-basis point interest rate hike can be expected to raise federal interest payments by about $75 billion.

On the eve of the pandemic, interest payments on the debt totaled 1.8 percent of the economy and accounted for just over 8 percent of federal spending. According to the Congressional Budget Office’s latest estimates, those outlays will triple over the next decade, reaching $1.2 trillion by 2032. Even those outdated estimates — which assume a peak Fed interest rate target in 2023 well below where it already is today — project that the United States will be spending more on interest payments than on defense by 2029.

Over the longer run, the CBO estimates that interest payments will exceed all mandatory spending other than major health care programs and Social Security by 2027, all discretionary spending by 2047, and will even exceed spending on Social Security by 2049. Average interest on the debt is projected to be just a few tenths of a percentage point below economic growth, leaving the United States at considerable risk of the sort of debt-spiral dynamic economists worried about in the 1980s.

And this is all before not only the interest rate rises we’ve already observed but also the $1 trillion in student loan forgiveness, $80 billion in new subsidies for semiconductors, and hundreds of billions of dollars in new subsidies in the inaptly named Inflation Reduction Act. Depending on uptake and whether Congress extends them, these policies could swamp the tax increases in the new law. In retrospect, perhaps $1.9 trillion in stimulus spending in March 2021 and $550 billion in new infrastructure-related spending were not entirely prudent.

By comparison, according to the CBO, the 2017 Tax Cuts and Jobs Act — which on the eve of the pandemic was delivering surging real wage gains and strong, growth-inducing business investment — would cost just 1 percent of gross domestic product between 2018 and 2025, less than the then prevailing 1.6 percent buffer between nominal growth and the average interest rate on the debt.

Unfortunately, Congress seems blithely unaware that we are no longer in the Kansas of ultralow interest rates anymore. Though Uncle Sam effectively inflated away a chunk of his debt in 2021-22, his creditors are unlikely to be fooled twice. To spend as members have spent in recent years, Congress is going to have to pay up or else tighten the belt.

Tyler Goodspeed is a Kleinheinz Fellow at the Hoover Institution at Stanford University and chief economist at Greenmantle LLC. He is former acting chairman of the White House Council of Economic Advisers.