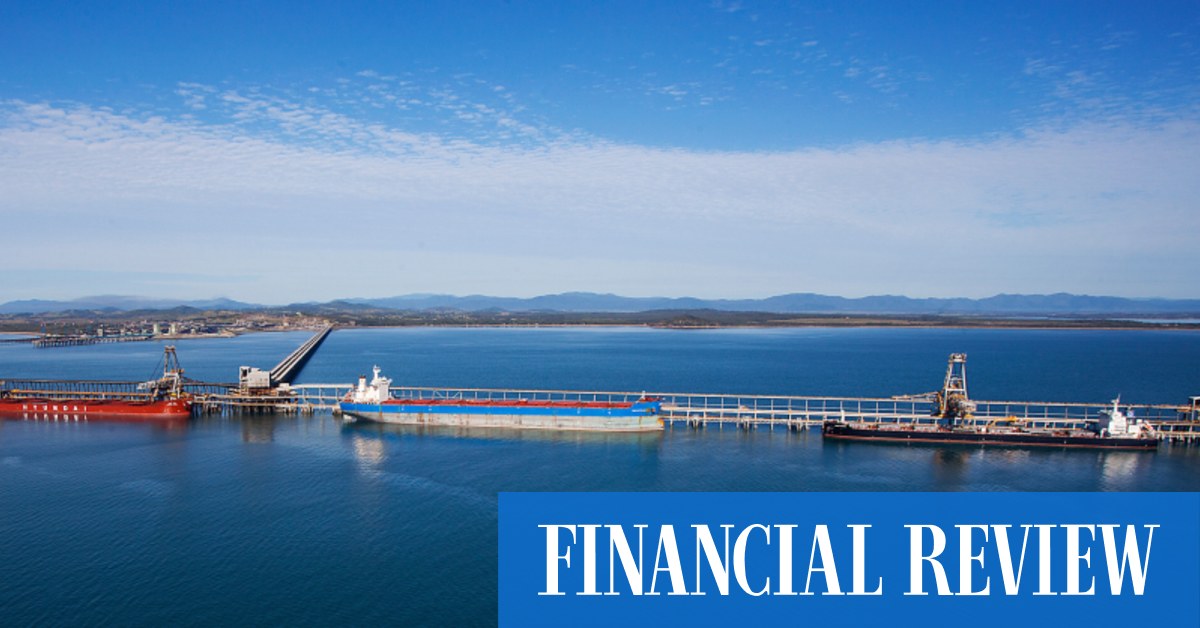 About 81 per cent of the coal handled by DBI is the metallurgical type and the remainder is thermal coal is for coal-fired power stations.

But due to its take-or-pay contract arrangements, DBI can still hit revenue targets even if it does not export as much coal as expected.

DBI said on Monday that it remained comfortable that there would be strong demand for its services beyond 2050 because of ongoing demand for metallurgical coal, which is essential to make steel.

“Even under the net-zero by 2050 scenario, Australia is expected to retain a significant share of the remaining seaborne metallurgical coal trade,” the company said.

The easing of tensions between China and Australia could increase Chinese demand if the current ban on Australian coal imports eases.

In 2019, the last full year before the Chinese coal import ban, some 23 per cent of Australia’s metallurgical coal was shipped to China, Morgan Stanley said.

“We think it is likely that met-coal trade flows will revert and China’s steel mills will buy premium quality Australian steelmaking coal again if allowed to do so, pushing Canadian and US met-coal back into its original markets,” Morgan Stanley commodity analysts said earlier this month.

However, BDI has also acknowledged the shift to a low carbon economy could hurt demand for its coal-handling services over the long term.

Miners are charged $3.18 per tonne to use the export terminal in the year ending June 30. But their fees will rise annually in line with inflation after they struck an agreement with DBI on port handling charges that covers a 10-year period from July 2021.

If inflation keeps rising by at least 4 per cent or greater over the next few years, DBI will be earning $4 per tonne by 2027, according to a presentation shown to investors in the US.

DBI, which handles about one-third of Queensland’s coal exports, is exporting about 50 million – 55 million tonnes of coal annually, well below its capacity.

But it is considering expanding in a project known as 8X. If it goes ahead, the project would expand the port’s capacity for exporting metallurgical coal.

Chief executive Anthony Timbrell last year declined to specify the price of the proposed expansion but said the previous estimate of $1.2 billion would “go up significantly” because of soaring construction costs.

The terminal is also investigating the possibility of exporting hydrogen, and is currently focusing on the potential for liquid ammonia exports. Its services are used by almost a dozen miners, including Anglo American, BHP Mitsubishi Alliance, Fitzroy Resources and Glencore.