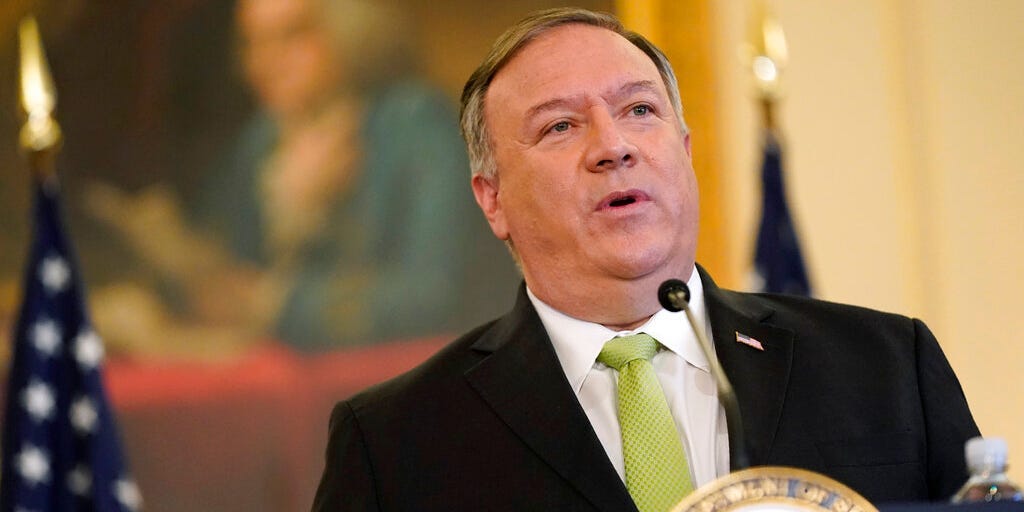 Former Secretary of State Mike Pompeo, in his forthcoming memoir, said former President Donald Trump wanted him to serve as both secretary of state and secretary of defense at the same time — an idea that the former congressman thought was “nutty.”

Pompeo, who served as the director of the Central Intelligence Agency from January 2017 and April 2018 and then as secretary of state from April 2018 to the conclusion of Trump’s term in January 2021, wrote in his book, “Never Give an Inch: Fighting for the America I Love,” that he already had “plenty” to do in leading the State Department when the proposal was floated.

In July 2020 — in the middle of a summer that saw a racial reckoning across many US institutions in the aftermath of the death of George Floyd — Trump reportedly hinted to then-White House chief of staff Mark Meadows that then-Defense Secretary Mark Esper would not be in his role much longer.

According to Pompeo’s book, Trump told Meadows that Esper was “not going to make it” for much longer while helming the Defense Department. (Esper would eventually serve until November 2020, when he was fired by Trump.)

That July, Trump told Meadows that he wanted his secretary of state to have a “dual hat” and “take on leading the department of defense as an additional duty,” per Pompeo.

But Pompeo in the memoir said he told Meadows that the proposition was “a nutty idea,” noting that he would be unable to “command defense at the same time.”

Pompeo then remarked that Trump brought up the idea of him serving in two roles again, when the then-president noted that the well-known diplomat Henry Kissinger had been both secretary of state and national security advisor for an overlapping period during the administrations of Richard Nixon and Gerald Ford in the 1970s.

“President Trump pitched the idea to me,” Pompeo wrote in his memoir. “I think he was half-kidding.”

Pompeo, who was long considered a strong ally of Trump, is now exploring a potential 2024 presidential campaign, which would put him up against his former boss.

Trump launched his third presidential campaign shortly after the November midterm elections, which saw Republicans underperform relative to most expectations that they would sweep the most competitive House races and potentially regain a Senate majority.

However, while Republicans won back control of the House of Representatives, they have a narrow 222-212 majority, which gives them little room for error. Democrats were able to retain control of the Senate — winning key contests in swing states like Arizona, Georgia, Nevada, and Pennsylvania.

As Republicans head into 2024 — having lost the 2020 presidential election and faltered in many notable races in 2022 — some in the party are openly questioning Trump’s influence. An array of Republican figures are seeking to reimagine the GOP with a new standard-bearer as the party ramps up its campaign against President Joe Biden, who is expected to run for reelection.