Get Your Free Equities Forecast

The Dow Jones Industrial Average sank 1.14 percent on Tuesday, marking the worst single day drop in just over a month. Things were less volatile for the other 2 key US benchmark indices. The S&P 500 weakened 0.2% while the tech-heavy Nasdaq 100 gained 0.14%. Thus, it seems blue-chip stocks were disproportionately impacted over the past 24 hours.

A closer look reveals that the financial sector heavily underperformed the market, weighing down the Dow Jones. This followed a disappointing earnings report from Goldman Sachs, a key American multinational investment bank. Fourth quarter net revenue clocked in below expectations, dropping 16 percent from a year ago. A slowdown in the economy pushed the bank to cut 3.2k jobs last week.

This may continue setting a sour tone for this earnings season that could spread to other corners of the stock market. Other market segments were relatively unscathed given the relative lack of economic data during the Wall Street trading session.

Turning toward Wednesday’s Asia-Pacific trading session, the somewhat deterioration in market sentiment could leave regional indices vulnerable. This might be especially true for the Nikkei 225. That is because all eyes are on the Bank of Japan, which is likely due between 2:45 – 3:15 GMT. There has been rising speculation of further policy normalization since December’s policy pivot surprise. Such confirmation likely poses a threat to the Nikkei 225 which was been falling since last month.

What Time is the BoJ? 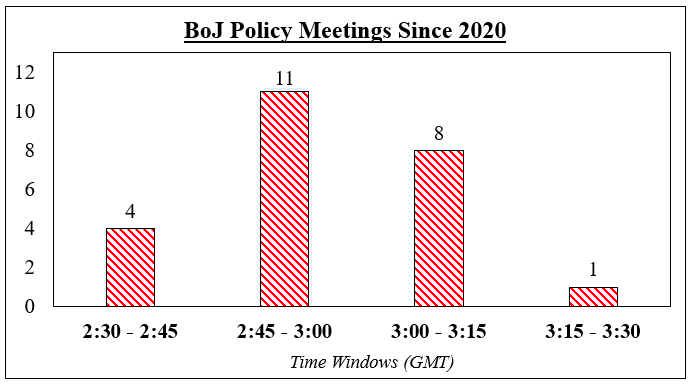 The Dow Jones appears to be trading within the boundaries of an Ascending Triangle chart formation. This typically would hint at the resumption of the trend leading into the pattern. In that case, it could entail a breakout above 34647 towards the February 2022 high. But, prices may continue consolidating within the ceiling and rising floor of the triangle. Breaking lower exposes the 38.2% Fibonacci retracement level at 32709. 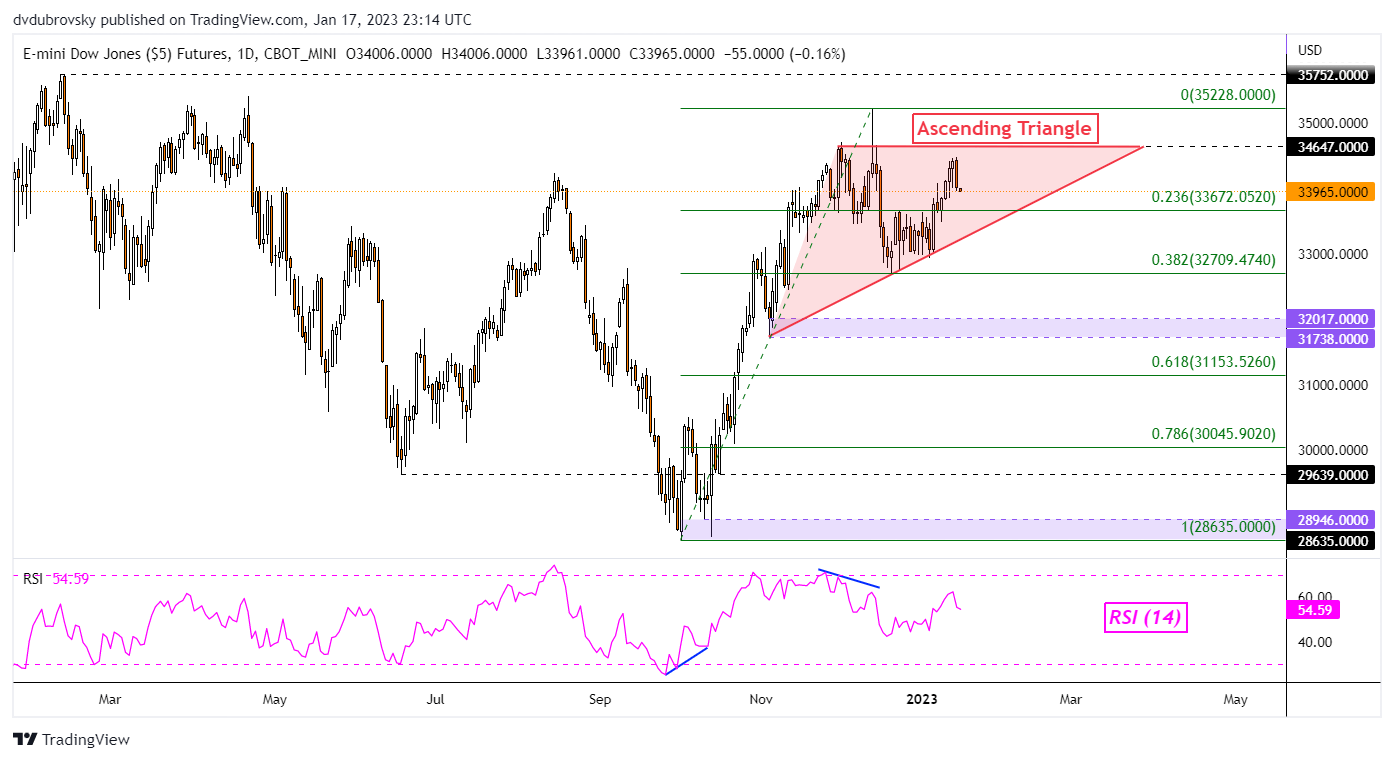