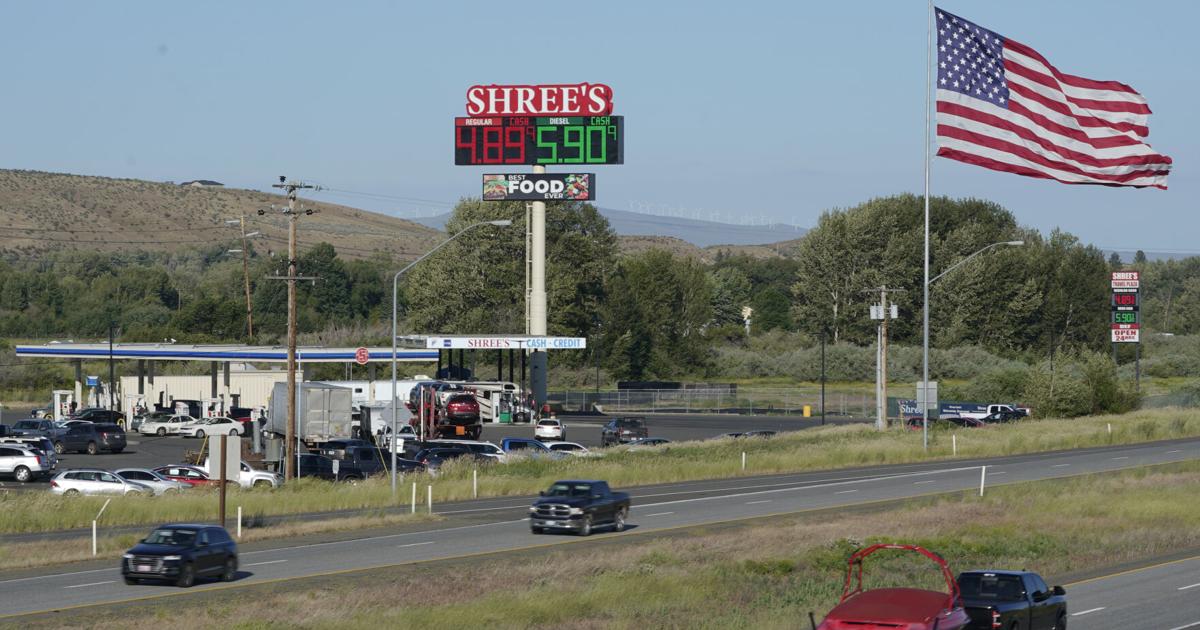 The first auction is emissions allowances is set for the end of next month.

Inslee became animated during a Thursday press conference when a reporter, referencing WPC, asked if cap-and-trade would increase gas prices.

“Well, I would just say this: the oil and gas industry projections around any of this are halfway between hogwash and baloney,” the governor retorted. “I don’t know which, pick your adjective. To blame gasoline prices on something that has hardly gone into effect is just baloney.”

He continued to go after the fossil fuel industry.

“Look, these people are making obscene profits because they are using the Ukraine war, which constrained global oil prices, to jack up and make billions of dollars into their pockets,” Inslee said. “That’s what’s going on, and I’m not happy about it. That’s the reason these prices have gone up. To blame price increases in Arkansas and New York and Connecticut on Washington climate laws is nuts.”

“To estimate the impact of those taxes on prices at the pump, environmental economist Yoram Bauman suggested using price data from the U.S. Energy Information Administration and comparing Washington state gas prices to the West Coast aggregate price since the two have tracked fairly closely over the last year,” Myers wrote.

He continued, “As the most recent data indicate, Washington’s price per gallon jumped more than ten cents in the last two weeks compared to the West Coast.”

Myers had previously questioned the state’s claim the carbon tax would only increase the price of gas by 5 cents per gallon.

He then took a jab at the governor’s veracity.

“Clearly the governor is not being straight with reporters or the public about the impact of his law,” Myers said.

The Center Square reached out to the Governor’s Office for a comment on Myers’ blog and received a reply that both riffed on Myers’ comment and called out oil companies.

“This is what not being straight with reporters or the public looks like,” Jaime Smith, Inslee’s director of communications, said in an email.

That was followed by a link to a New York Times article titled, “Exxon Scientists Predicted Global Warming, Even as Company Cast Doubts, Study Finds.”