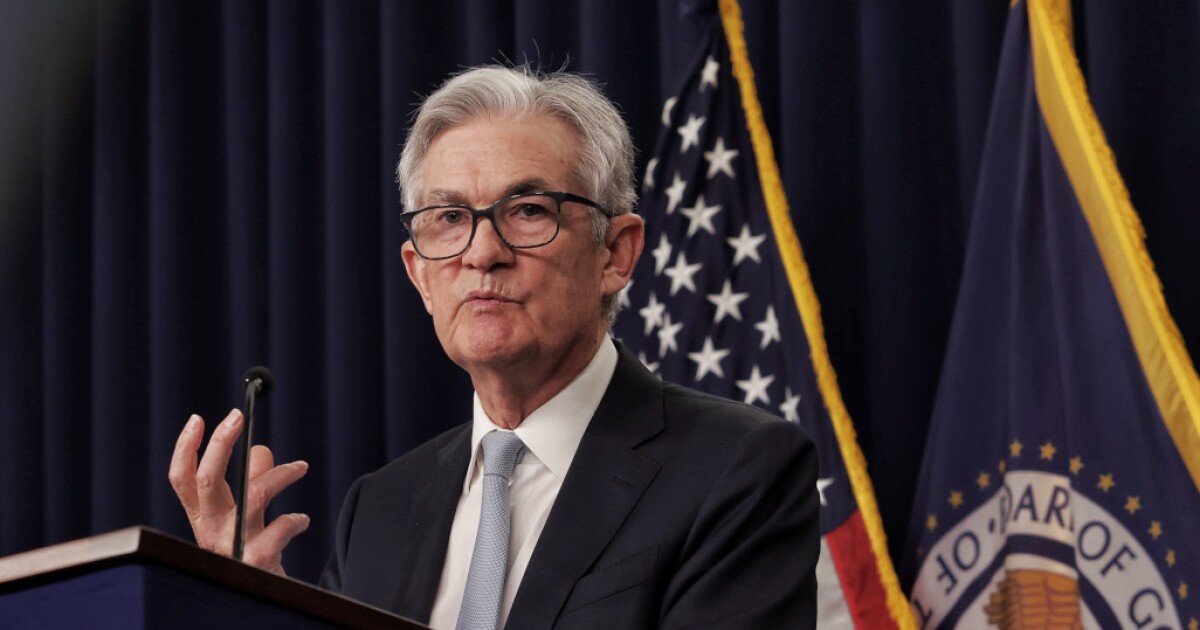 Although the climate control craze has taken over the rest of the financial establishment, the
Federal Reserve
has not yet fallen. First,
Republicans
tanked
President Joe Biden
‘s nomination of Sarah Bloom Raskin to become the vice chairwoman of supervision to the Fed based on her rejection of the central bank’s dual mandate.

Rather than balance the white whale of full employment with the Fed’s staunch 2% inflation benchmark, Raskin argued that the Fed has a mandate “to mitigate the risks of climate-related events,” costing her the top job.

TO FIX THE AIRLINES, GOVERNMENT MUST FIRST DO NO HARM

Now Fed Chairman Jerome Powell has pushed back on the insistence that the Fed has this fictitious third function.

“Without explicit congressional legislation, it would be inappropriate for us to use our monetary policy or supervisory tools to promote a greener economy or to achieve other climate-based goals. We are not, and will not be, a climate policymaker,” he said at a forum hosted by the Swedish central bank.

After two years of financing the multitrillion-dollar pandemic spending of first former President Donald Trump and then Biden, Powell finally course-corrected, hiking rates from the zero bound to 4.5% and shrinking the money supply by a full percentage point with quantitative tightening. The Fed has telegraphed that not only is the disastrous experiment of zero-interest-rate policy over in the long run, but also that interest rates will easily top 5% this year as Congress and the White House continue to rack up multitrillion-dollar deficits on top of a $31.5 trillion national debt.

If Powell wants to continue to fulfill his responsibility to Congress’s explicit dual mandate for the Fed rather than its actual desire for the central bank to keep borrowing costs at zero, the Fed must maintain its independence.

Hence, Powell is pushing back on the populist demand that he politicize the Fed.

“Restoring price stability when inflation is high can require measures that are not popular in the short term as we raise interest rates to slow the economy. The absence of direct political control over our decisions allows us to take these necessary measures without considering short-term political factors. But we should ‘stick to our knitting’ and not wander off to pursue perceived social benefits that are not tightly linked to our statutory goals and authorities. Taking on new goals, however worthy, without a clear statutory mandate would undermine the case for our independence,” the chairman said.

Biden and the Senate have made clear that they will not rein in reckless spending, and whether Speaker Kevin McCarthy (R-CA) will succeed in wrangling the House remains up in the air, given his razor-thin margin of control. Thus the fate of the U.S. dollar rests on the fact that the Fed and Powell continue to hold the line, even as it becomes increasingly unpopular to do so.

CLICK HERE TO READ MORE FROM THE WASHINGTON EXAMINER